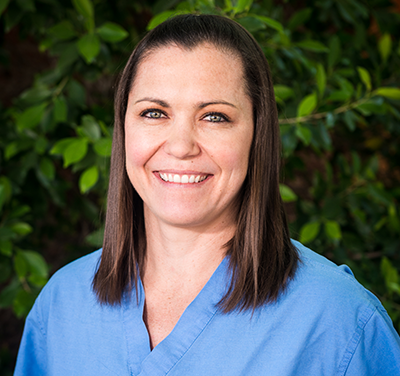 Surgeon
During her residency she experienced a hands-on training experience. She developed great skills and an affinity for helping people heal.

Dr. Heather Woodin Cole was born and raised in the “The Grand Canyon” state.  Her family hails from Tucson where she planted her own roots after attending boarding school at the prestigious Phillips Academy in Andover, Massachusetts. Family is very important to her, which contributed heavily towards her decision to return to Arizona.  It allowed her to be closer to her parents and older brother. Back in Arizona, she continued her education at the University of Arizona where she completed her undergraduate and medical degrees.  While in medical school, she quickly gravitated towards orthopaedics. Drawing from her experiences as a child on her father’s construction sites, as well as her own injuries from playing competitive soccer, orthopaedics was a perfect fit.

She chose the University of New Mexico (UNM) for her residency training.  Already being accustomed to the culture and weather of the Southwest, she easily adapted to her new home.  Snowboarding, mountain biking, and running the trails in New Mexico became a few of her favorite ways to blow off steam after long days in New Mexico’s only Level 1 trauma facility.  UNM Hospital receives the majority of patients suffering from the most difficult traumatic and life threatening injuries from throughout the state.

During her residency she experienced a hands-on training experience.  She developed great skills and an affinity for helping people heal.  Those successes she found the most gratifying.  She was also compelled by the variety of challenges she faced everyday.  Adjusting to each patient’s specific needs is paramount in a good trauma practice.

Following her residency, she came back to Arizona, this time to do her fellowship training with Sonoran Orthopaedic Trauma Surgeons (SOTS).  Here she honed her skills, focusing on complex injuries to the pelvis, acetabulum, and periarticular extremity injuries.  She also displayed her aptitude and proficiency performing anterior total hip replacements.  This revolutionary approach has helped her better serve her patients and enable them to progress following surgery much faster than the previous approaches and methods.

Through the SOTS fellowship she was also afforded the opportunity to have a month to train abroad.  She was lucky enough to work with Dr. Zsolt Balogh, one of the leading orthopaedic trauma surgeons in Australia.  During that month she was able to learn firsthand about the healthcare system in Australia as well as different nuances in orthoapedic care.  This was an important experience because it helped her shape the framework for her own practice, based on providing patients with the information to choose the best operative and non-operative solutions available to them.

Joining SOTS is an exciting new chapter in her life.  She now has her roots firmly planted in the Phoenix area and is looking forward to continuing the excellent standard that has come to define the SOTS team.

In her free time, she enjoys traveling and playing sports, including volleyball, snowboarding, basketball, and soccer to name a few.

Biomechanical Stability of Femur Flexible Nails Based on Nail Configuration

Unusual Presentation of a Dissecting Popliteal Cyst in a Pediatric Patient

Influenza Vaccination in the Emergency Department

Medical provider. Run a monthly clinic for patients with disability claims throughout the state of New Mexico.

UMM Department of Orthopaedics IT support, 9/2012

Coordinator and Volunteer at a shelter for abused children